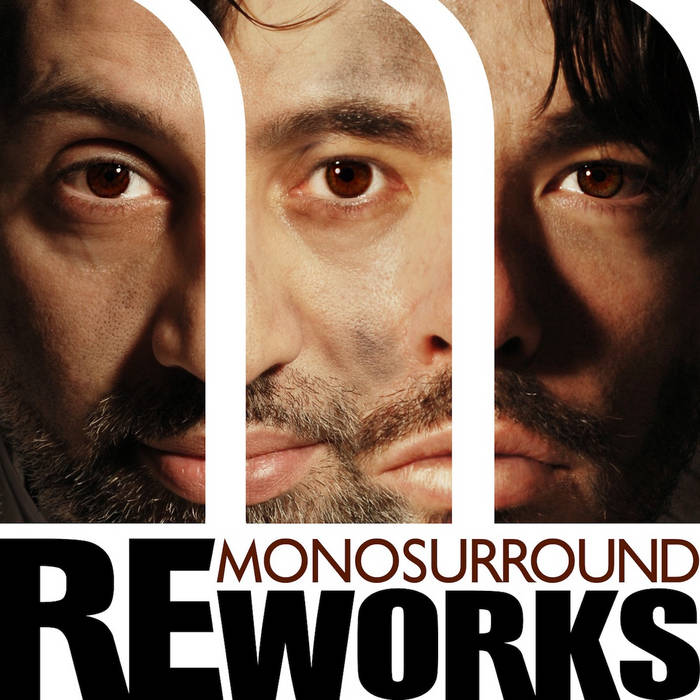 In a time where a dark fog of bland, tasteless, toxic musical sludge clogs the airways and threatens to plug the ears of hapless victims across the world, the devotees of harmonic style desperately search for a hero, a savior which will pull them from the darkness and bring a bit of funk to their lives.

Fortunately, they have two. And they wear spacesuits.

With a fate far worse than death menacing their fellow humans, the super-duo behind Monosurround returns with a vengeance, giving mankind not one, but four reasons to hope for a romping future. Their latest scheme comes in the form of a quartet of extravagant (re)works which put their unmistakable theatric approach to music composition boldly on display. Containing three ruthlessly relentless revamps from their own extensive catalogue and an exclusive, previously unleashed metamorphosized rendering of Canadian band ProCon’s hit “Delia”, Monosurround’s high-octane thriller packs all of the explosive action which this blockbuster duo has been counted on to provide.

The feature presentation begins with “Exploring Bulgaria – Monosurround’s Pathfinder Rework” setting an intense, heavy tone, highlighted by haunting vocal chants and a gnashing milieu of patient percussion, chipped effects and ethereal melodies. The action hits full throttle in the next act with Monosurround’s Freeway Rework of ProCon’s single “Delia”, a tough-edged vocal number bringing together their trademark panache for pop flare with an unyielding dancefloor character crossing electro-house, techno and trance. The EP rushes through to its thrilling climax with “Granite Eyes – Monosurround’s Voicebox Rework” taking the pilot’s seat, steered by impassioned vocals and rocket-powered with a vigorously explosive fireball of synthetic fury. “Arma Mortal – Monosurround’s Conflict Rework” brings a fitting close to the tempestuous tour de force, with a minimal philharmonic arrangement underlying a Spanish lyrical serenade, eventually giving way to a teasing finale that inevitably begs for a sequel.

Coming soon to a pair of ears near you. This EP has been rated B, for Badass.