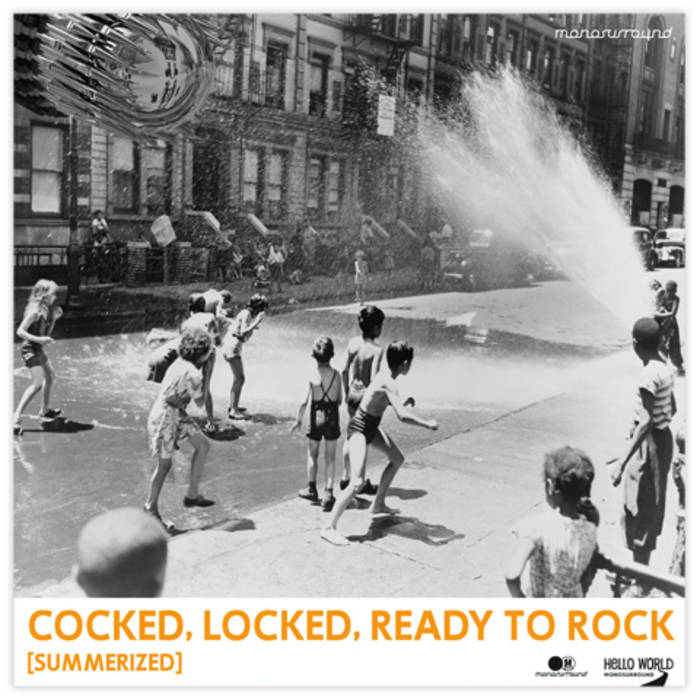 "Making its first appearance on Vitalic's boldly innovative platform Citizen Records in 2006, "Cocked, Locked, Ready to Rock" represented a step forward for Ramtin & Erik towards a sound steeped in an aggressive sense of big-beat laden funk.

On the eve of their forthcoming debut album Hello World, Monosurround inject new life into this hit, creating a package which bounds past its original incarnation in both musical scope and acoustic effect. While losing none of its underlying rebellious audacity, the "Summerized" mix imbues the song with a distinct symphonic disposition yielding a more thorough aural experience. Driven at its root by a fiercely assertive rock-tinged electro tenacity, a number of harmonic elements comes into play, giving at times the hint of a musical hybridization of the best of 1970s cop-drama themes and modern electro-pop.

Also included in the release is the condensed Radio Edit, a Vocal Tool as well as the Club Edit of Summerized, which incorporates the hooks and dancefloor sensibility indispensable for any DJ wanting to provide a memorable moment.

In successfully avoiding the simple, stale re-hashing of an old hit, Monosurround has created an entirely new beast that will breathe a bit of heat to the summer months, leaving everything in its wake washed in a cloud of steam."